Recipes From The World Of Tolkien: Inspired By The Legends (Literary Cookbooks) 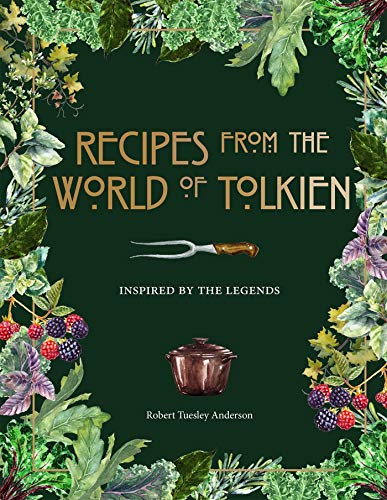 This is the sort of book Recipes from the World of Tolkien: Inspired by the Legends (Literary Cookbooks) reads to feel worldly. Just like the spate of American pop fiction in the late eighties, this is overwhelmingly colonized literature, in that it pretends to reveal some aspect of the 'other' culture, but on closer inspection (aside from the occasional tidbit) it is a thoroughly western story, firmly ensconced in the western tradition.
Last updated 5 mins ago

Because Recipes from the World of Tolkien: Inspired by the Legends (Literary Cookbooks) is adored by most people who read it, I am forced to conclude that most people need to read more. A whole lot more. You should be embarrassed if you like this book. Seriously. The moment I became a book snob, I became so embarrassed to be seen reading it that I accused the guy sitting next to me on the subway of putting the book on my lap while I wasn't paying attention. "How dare you, sir! Have you no decency?" I exclaimed excitedly in my native language.
Last updated 4 days ago

There are two types of books, usually, that makes one feel like there are no words to describe the experience: They are either unbelievably detrimental, or exceptionally (and positively) impactful. Given the overall high rating, it is redundant to tell, to which category does Recipes from the World of Tolkien: Inspired by the Legends (Literary Cookbooks) belong. I don't think there are that many books, especially fiction, that could leave such a profound effect on a reader's mind.
Last updated 51 mins ago