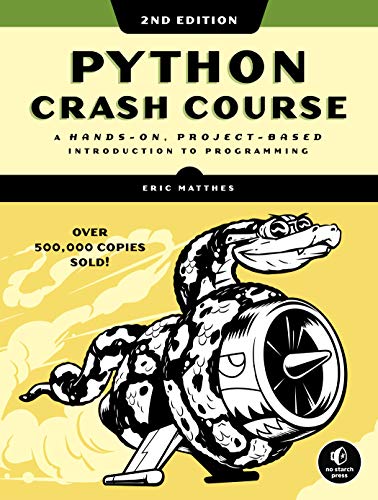 There are two types of books, usually, that makes one feel like there are no words to describe the experience: They are either unbelievably detrimental, or exceptionally (and positively) impactful. Given the overall high rating, it is redundant to tell, to which category does Python Crash Course, 2nd Edition: A Hands-On, Project-Based Introduction to Programming belong. I don't think there are that many books, especially fiction, that could leave such a profound effect on a reader's mind.
Last updated 4 hours 18 mins ago

Finished this book about a month ago but it's taken me this long to write a review about it because I have such mixed feelings about it. It was a deeply affecting novel, but mostly not in a good way. I really wanted to like it, but the more I think about what I didn't like about the book, the more it bothers me. I even downgraded this review from two stars to one from the time I started writing it to the time I finished.
Last updated 6 hours 52 mins ago

Because Python Crash Course, 2nd Edition: A Hands-On, Project-Based Introduction to Programming is adored by most people who read it, I am forced to conclude that most people need to read more. A whole lot more. You should be embarrassed if you like this book. Seriously. The moment I became a book snob, I became so embarrassed to be seen reading it that I accused the guy sitting next to me on the subway of putting the book on my lap while I wasn't paying attention. "How dare you, sir! Have you no decency?" I exclaimed excitedly in my native language.
Last updated 4 days ago